I Bought a Box of Cards...Kind of

I went to Target and made my usual visit to the card aisle. I was planning on buying a jumbo pack of 2015 Bowman, but there were none to be found. Instead, I bought a box of 2015 Topps. 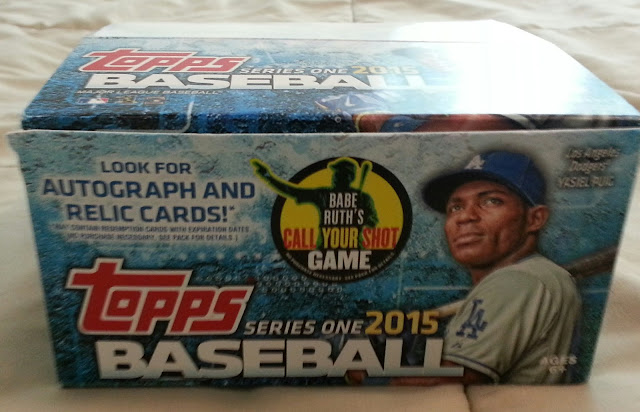 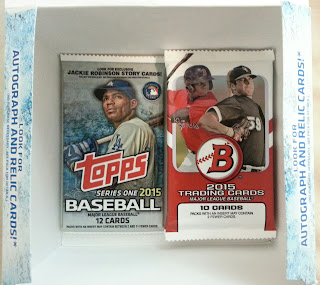 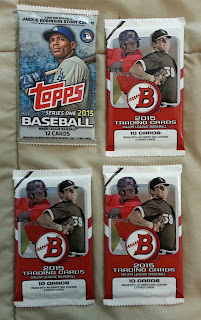 I opened the Topps pack first. I was off to a great start when the very first card was a New York Met. The insert was a Nolan Ryan . So, a Met and a former Met. These were the only highlights of the pack. 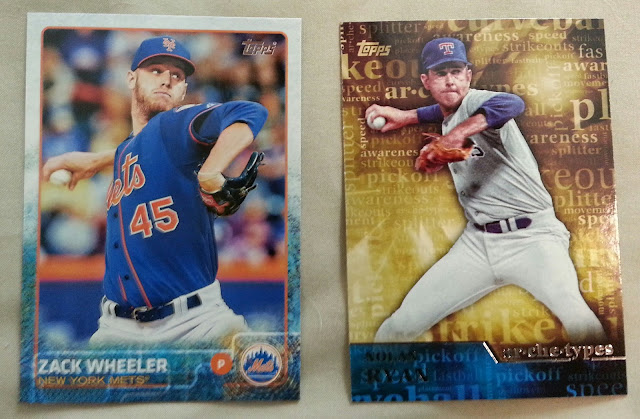 Now, onto the Bowman's. The first pack had another Met. Ironically, it was Zack Wheeler. 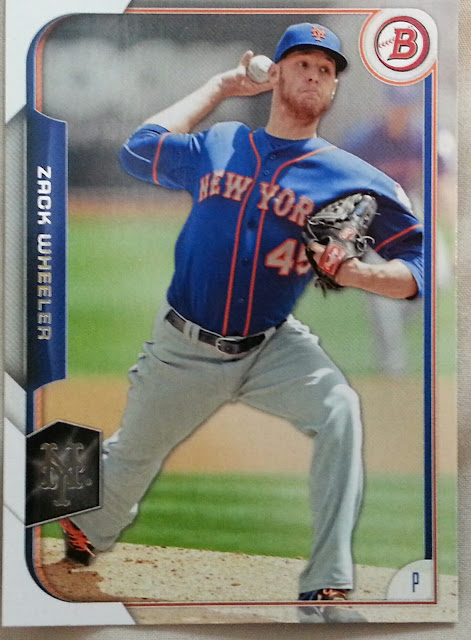 The second pack gave me my first ever card of Kris Bryant. 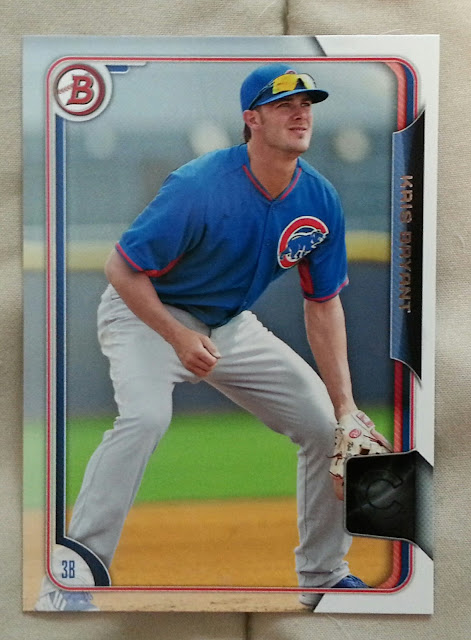 Also in that pack was an anti-theft card. I wonder what the odds are of pulling these? 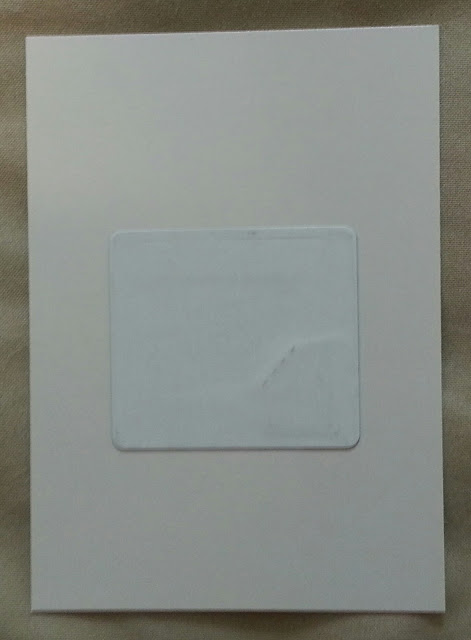 Finishing off the packs, I got another Met. This one is Champ Stuart, who currently plays for the Mets A-ball team in the Florida State League. I saw him play a couple of weeks ago, but didn't have a card of him to get signed. I'll be seeing them play again later this month, so if he's still with the team, hopefully I can get him to sign this for me. 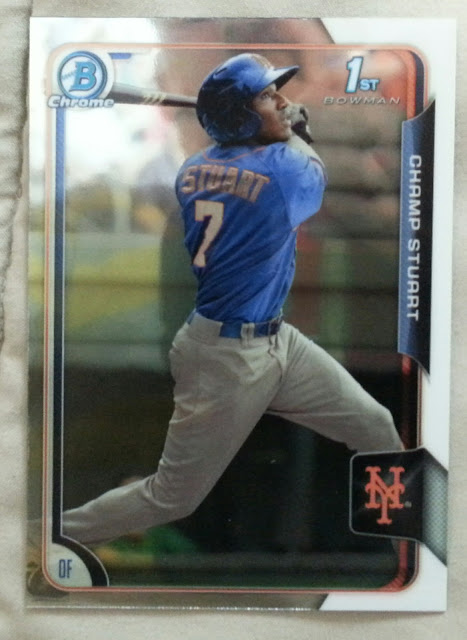 Got a card of Joe Jackson in one of these packs. Can you imagine being a baseball player with that name? 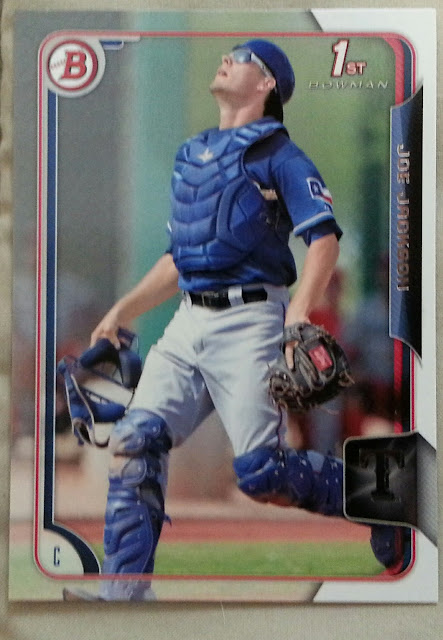 Constantly having people yelling "Steppin' Out" lyrics at you.

Oh, yeah, being compared to that shoeless guy, too.

The lone insert in these 3 Bowman packs was this Bowman Scouts' Top 100 card of Milwaukee Brewers prospect, Tyrone Taylor. 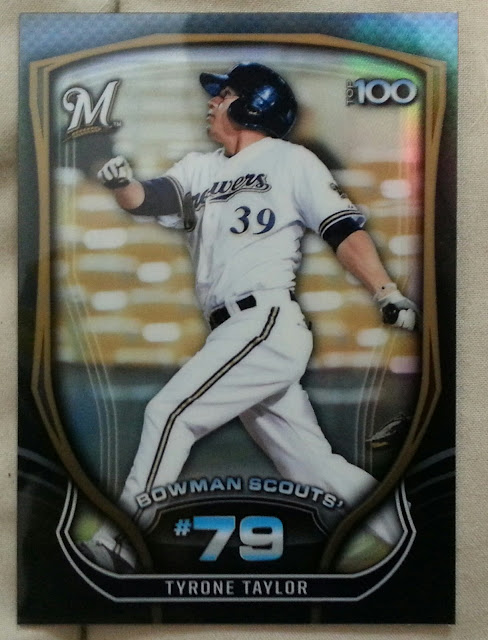 Turning my attention away from my newest acquisitions for a moment. Before I started typing this post up, I felt that I finally made it in the blogging world. Today, I noticed that not only on this blog, but also on my Daily Autograph site, I had a new follower. 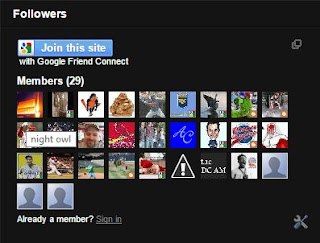 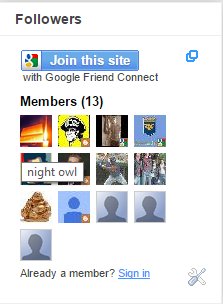 Everyone's favorite baseball card blogger, Night Owl, of Night Owl Cards is following me. I suddenly feel like I have to step up and make myself and this blog be much more entertaining. I hope I live up to his expectations.