Another Pack of 2015 Bowman

Tonight I went to Walmart and took a visit to the card aisle. I don't know if this is the norm for Walmart, but my local store does not carry individual packs. It's either jumbo packs, hanger boxes, or 8 pack boxes.

After trying a single pack at Target earlier in the week, I decided on a jumbo pack this time.

I chose this particular pack because I could clearly see a New York Met was the top card in the pack. That's the extent of my pack searching, just look closely enough to see what team is on top, not caring who the player is.

I opened the top half of the pack first, which I discovered would be mostly established Major League players. 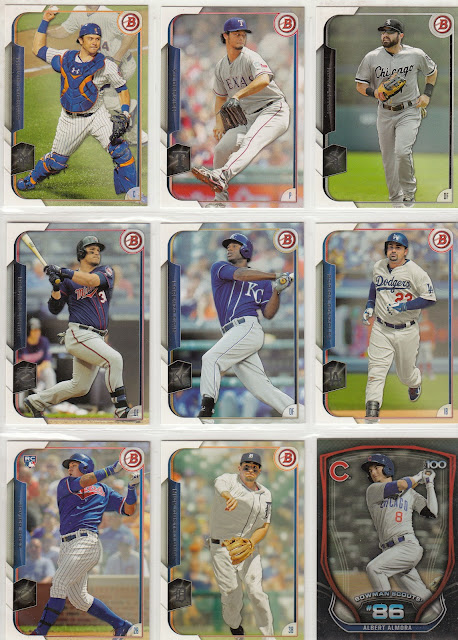 The exception to this half would be the Bowman Scouts' Top 100  of Chicago Cubs , Albert Amora, who's currently in his second season at AA. 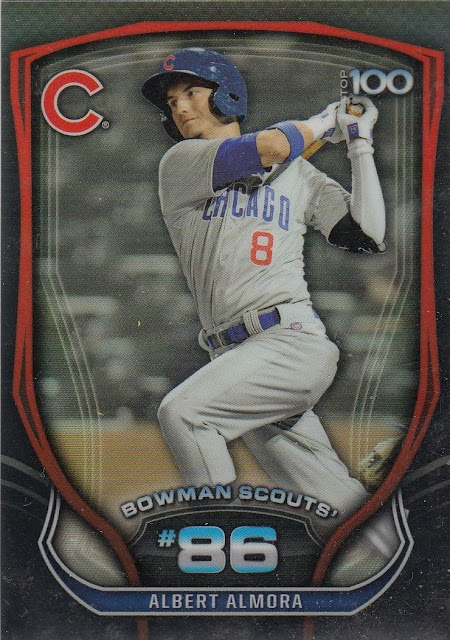 The bottom half of the pack was all prospects. 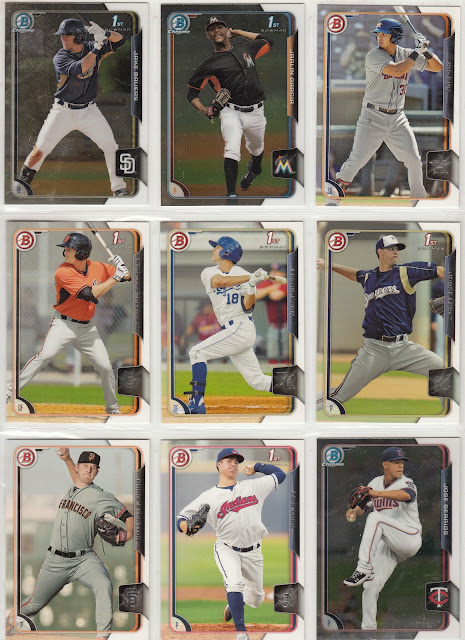 Nothing really stands out with this pack, but Bowman is really a 'time will tell' product.

Anyhow, I decided on just a single 10 card pack. 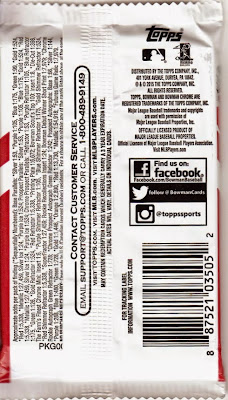 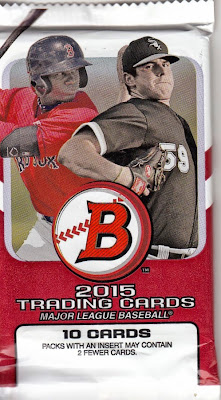 Crazy the odds for pulling inserts on the back of the pack.

I know I at least pulled one. There's a couple cards in this pack that are a bit thicker and shinier, but that may be normal.

Here's what I got: 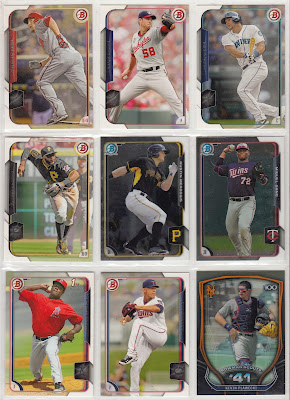 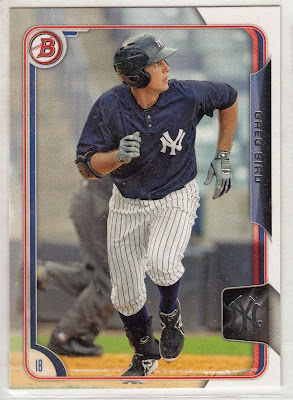 Six of the players are new to my collection (Mark Trumbo, Mike Zunino, Josh Harrison, Victor Alcantara, Kevin Plawecki, and Greg Bird). Those cards will be headed to my big alphabetical box of players that I don't have any autographs of.

It was nice getting a Mets card in this pack. I've enjoyed what I've seen from Kevin Plawecki these last couple of weeks. According to Bowman's odds, that particular insert (Bowman Scouts' Top 100) 1:8. Fairly common, but it's a Met, so I can be excited about any Mets insert.

The only card I'm willing to trade from this pack is , Austin Meadows. He's currently playing for the Bradenton Marauders of the Florida State League. I haven't seen them play yet this season, and I felt that I had a better looking card to hopefully get signed by him. This card, while nice looking, just seems a little dark for an autograph.

Well, there's my pack. I don't buy enough packs, I'm more of a single card buyer on sites like eBay, COMC, Sportlots, and Go Sports Cards. If/when I buy more, I will open and share them on here.
Posted by Dan at 8:05 PM No comments: 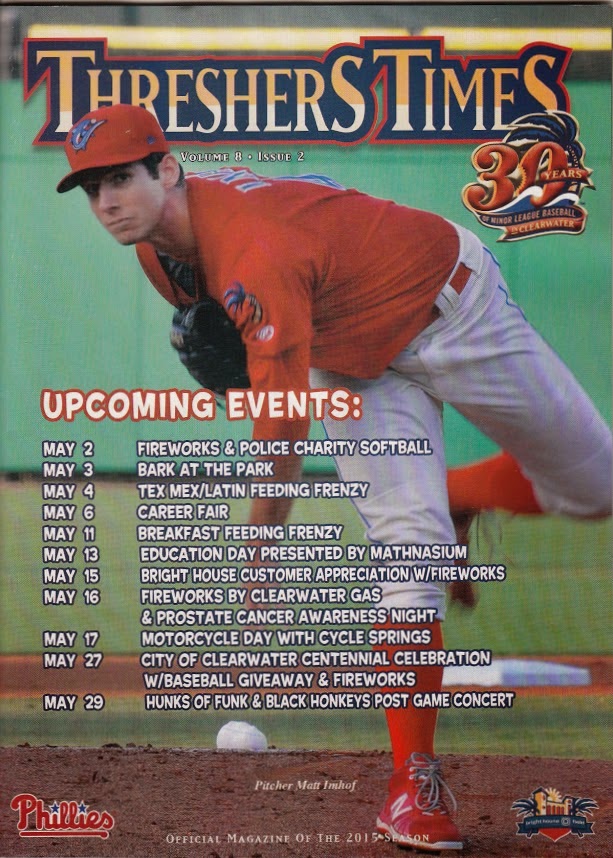 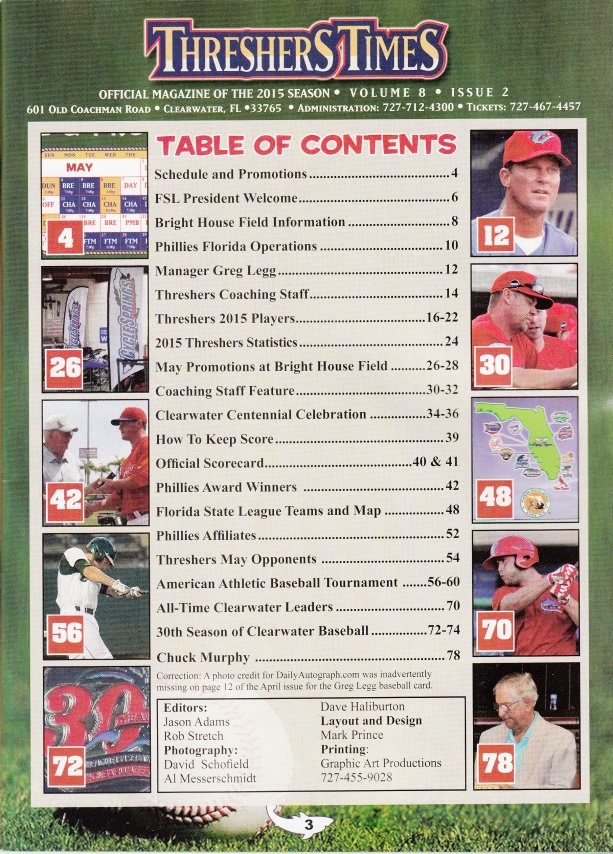