After yesterday's successful day of collecting autographs from soccer players, I decided to try my luck with a different team, Major League Soccer's Philadephia Union, who hold their spring training at the Joe DiMaggio Sports Complex in Clearwater, Florida.

I arrived at 9am to an empty field. I figured since the Rowdies started at 9 yesterday, other teams would, too. It was closer to 10 when a Philadelphia Union van pulled up and the driver and passenger started unloading the equipment and carrying it to the field.
Shortly after, a bus pulled up. It stopped right in front of me and I figured this is going to be easy, but as people began stepping off the bus, I wasn't recognizing any of them. They did all have USA emblems on their , and they looked fairly young. I assumed that they must've been the US Men's U-17 team. Just to be sure, I asked one of the coaches, who confirmed my assumption.

I thought I was going to be getting autographs and watching a practice, instead, I got to watch a full game. Oh, and obtained some autographs.

The head coach of the Union, Jim Curtin was the first one I got. 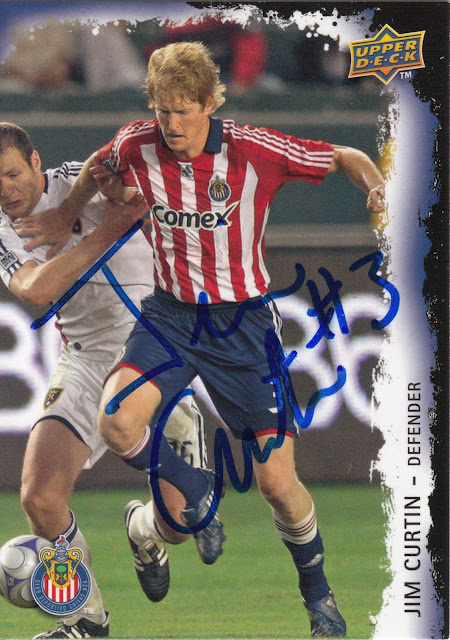 The next guy I got was interesting. A lot of Brazilian soccer players go by just one name, players such as Pelé, Ronaldo, Ronaldinho, and Kaká. Today, I added to my collection, Fabinho. 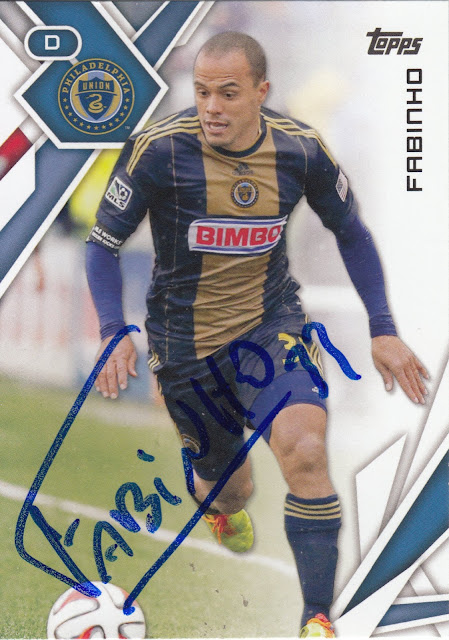 He isn't my first single name autograph, though. Last summer, Mets prospect Amed Rosario signed a card for me with only his first name. Perhaps he's emulating the ways of the Brazilians. 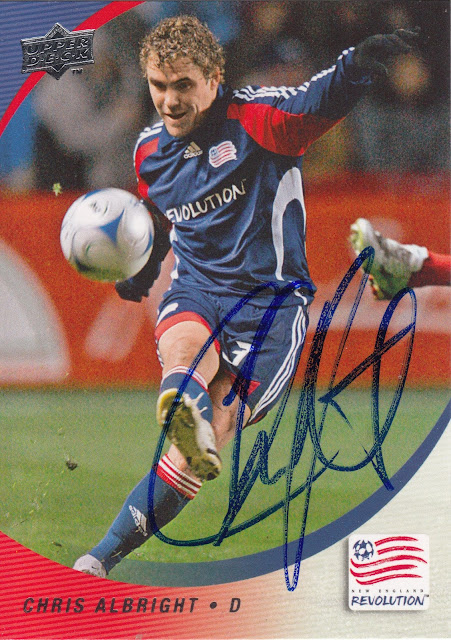 Had to wait for the game to end before I got the rest of these autographs.
Unintentionally, I got two of the Union's French players to sign back-to-back for me. Though, they were several minutes apart when I met them.
First was Vincent Noguiera. 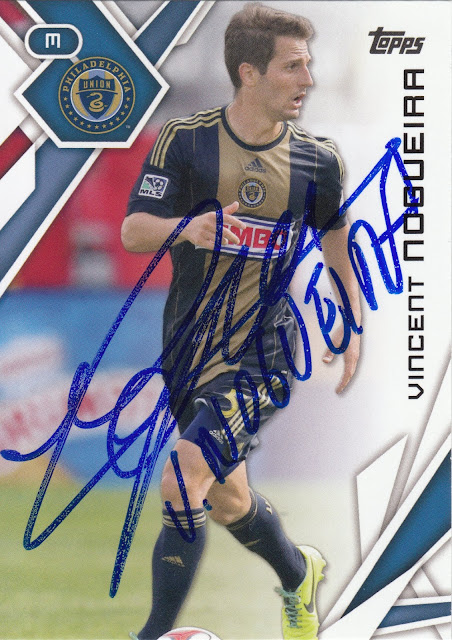 Next was Sébastien Le Toux, who had scored 2 goals, or a brace, for those who know their soccer lingo.
Sébastien asked if I wanted him to add my name to the card. I didn't want to say no and give him the idea that I was going to try and sell it, so I gladly told him my name. I don't mind . I have no intention of ever getting rid of my collection. 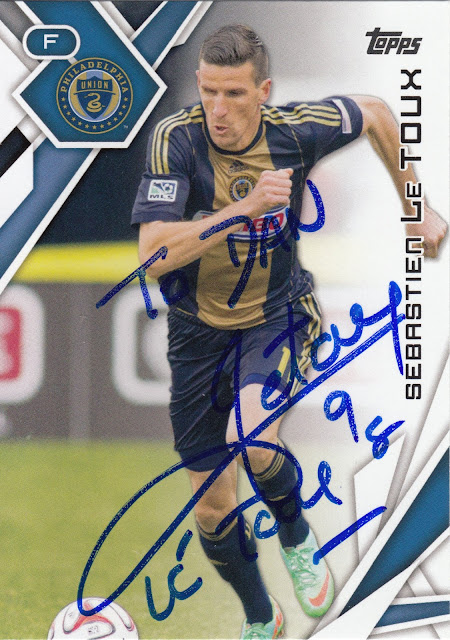 Here's a pic of Le Toux scoring a penalty kick just past the diving goalkeeper. 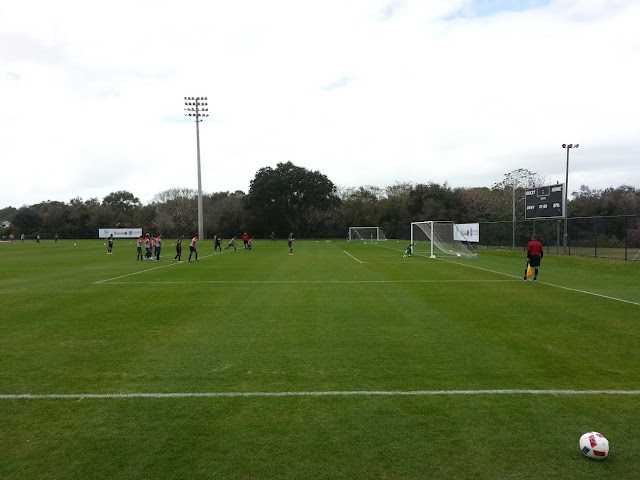 The last autograph that I got was a huge highlight for me. I was hooked on the 1994 World Cup and loved rooting for the USA. One of my favorites from that squad was Earnie Stewart.
He is now the sporting director of the Union.
I'm happy that I was able to tell him that he's a big reason why I'm still such a fan of this sport. The autographed card from him was a big thrill. 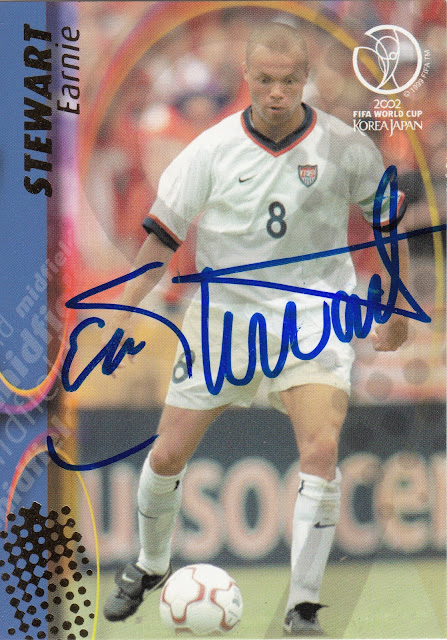 I promise, it's not all going to be soccer talk on here. Look what I bought today after getting all those autographs. 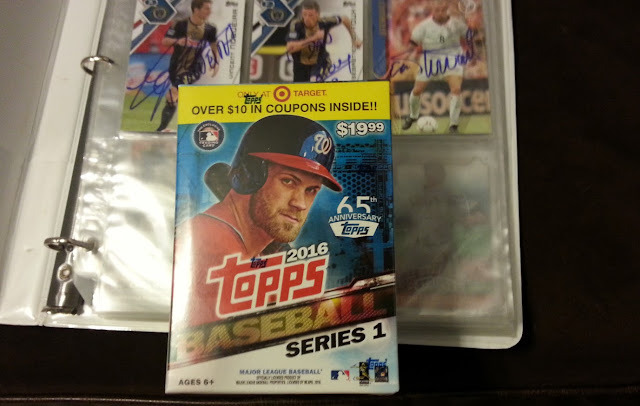 I'll post about those cards in a separate post. I wouldn't want to bore my new soccer readers.
Posted by Dan at 8:16 PM