I like collecting autographs. I'm not a greedy collector. I would never hand a stack of cards to a player or open a sketch book with multiple cards expecting them to all be signed. I ask for one single autograph and that's it. Once I get a player to sign for me, I never ask that player again, no matter how many times we may bump into each other.
The term "racking" has never and will never be a part of my lexicon.

I have around 1,700 different autographs in my collection. Of those, two I paid for. In 1987, six years before autographs became an obsession for me, I paid $5.00 to meet the 1986 American League Rookie of the Year, Jose Canseco. 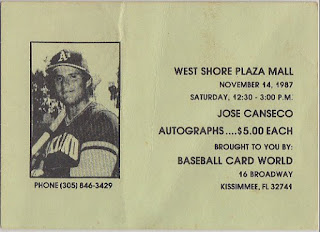 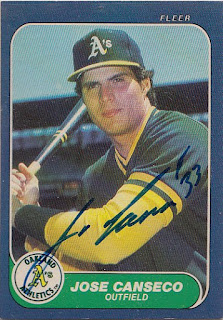 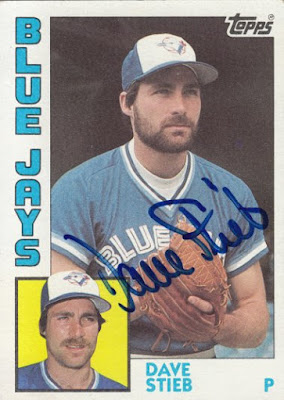 Since then I found that I could easily acquire autographs in person at games. Living in Florida has advantages during the spring, I soon discovered.

Anyway, let me get to the reason for this post.
Last year during spring training, I found out that Ray Burris was a Minor League pitching coach for the Phillies. I had a 1984 Topps card of him, so I looked forward to getting it signed. 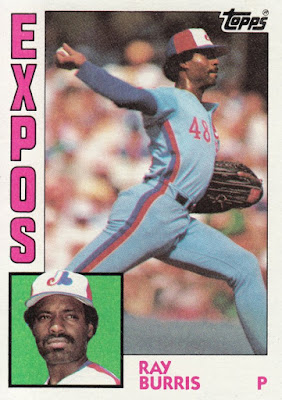 I had numerous encounters with him that spring, but he turned me down each and every time. However, he was always polite about it. Spring came and went and my card remained unsigned.

Later in the year, after the baseball season had ended, Ray was back at the Phillies complex, this time coaching in the Florida Instructional League. I attended a game where I was the lone fan. I figured there's no way I'm going to miss him this time. When the game ended, I stood in a spot where Ray would be walking right towards me. As he got closer, I called out to him, "Mr. Burris, can I please get an autograph?" Without stopping, he continues walking and says "nope, I don't sign autographs anymore." I then quickly asked for him to personalize it, before he disappeared into the locker room. Again, he proclaims, "no, I don't do  either. I'm done with autographs." I thanked him anyway, and not even in a sarcastic manner, I was being sincere.
I contemplated just leaving the card there. If I can't get it signed, it's really no good to me. I ended up keeping it and headed home to put away all of the other autographs that I acquired that day. Thankfully, because of where I was standing, I ended up getting an autograph from Charlie Kerfeld, who I didn't even know was in attendance. I just happened to have a card of him on me as we crossed paths. So, thanks, Ray! 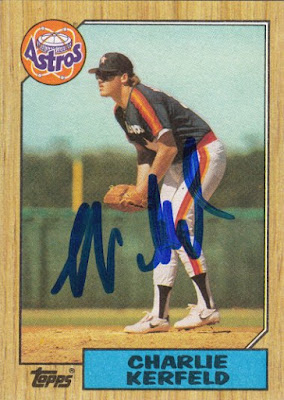 For the 2016 season, Ray Burris has a new job title. He is now the Phillies rehab pitching coach, which means he'll be spending the majority of his time here in Florida, working with any pitchers who are injured during the season.

This week, the Phillies Fantasy Camp is going on. I went down there today to get autographs from former players participating in the camp.
Guess who was there? Yep, Ray Burris. Me, being the hopeful that I am, still carried his card with me. He's not there as part of the camp, he's here working with the few pitchers who have arrived early for spring training.

I had many opportunities to approach him, but part of me feared that he'd remember me and say, "what did I tell you 3 months ago?"
So, I left him alone.

I was busy collecting autographs anyway. I was fortunate enough to show up on a day where the Yankees brought their fantasy campers to battle the Phillies campers. They did the same thing last year when I attended. I wasn't prepared that day and saw many autograph opportunities slip by. This year I prepared and brought cards of all the Yankee Fantasy Camp instructors that I had. I did pretty well.

When the games ended, Ray visited some of the Yankees coaches. I waited for him to finish talking and then I saw someone approach him and successfully get an autographed card from him. I wasn't going to be turned down now, but yet, I still kind of . As I'm holding my card and marker, I asked Mr. Burris for an autograph. He says to me, "I have to charge you $5.00." I had cash on me, but I groaned and told him, "oh, I don't have any money on me." He said, "it's okay, I'll be around."

I then walked over to the guy that had just gotten his autograph and I said to him, "Burris charges?" He said, "yeah, I had to give him five bucks."

After the autographs that I had gotten earlier, I just couldn't justify slapping a five in someone's hand for an autograph.
I could understand if he was doing a signing like the ones I went to to get Canseco and Stieb, but even those I wasn't handing money directly to the players before they signed my cards. They were being paid for their appearance by a promoter.

I know I'm going to be bumping into Ray Burris many times this spring and summer. That same 1984 Topps card will most likely be with me each time. I just don't know if it will ever be signed.
Posted by Dan at 10:21 PM