Today I went on a 3 hour+ road trip with my brother and nephew to see the Mets fantasy camp at Tradition Field in Port Saint Lucie, Florida.
It was my first time visiting the stadium and I had such a great time, plus, I did really well with getting autographs.
The players and the staff were all incredibly nice. Just about every player took the time not only to , but also to have a conversation.

As a lifelong Mets fan, it was a huge thrill for me to see Mets players that I grew up watching, as well as players who played prior to me becoming a fan, including those who played on the Mets' first World Series championship team in 1969.

There were Mets players from all decades of their existence.

The first player that I met was Felix Millan, who played his final season with the Mets when I was only 3-years-old. I didn't become a Mets fan until I was 8, when my dad took me to Shea Stadium in 1982. 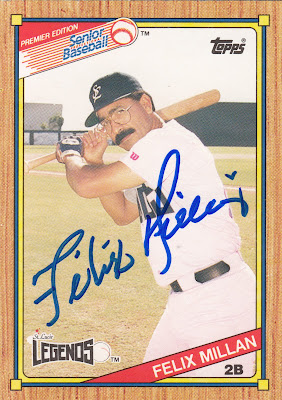 Next up was Lance Johnson, who had a solid season and a half with the Mets in the mid-90's. 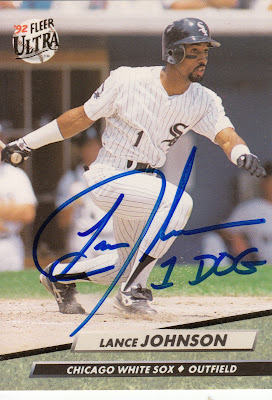 I love that he added his nickname, "1 Dog" along with his signature.

When I met Pat Zachry, he told me that he wanted to make sure that he was holding the card right, so that I'd get a legible autograph. I told him that he must've done this thousands of times. He replied, "it never gets old," which I really appreciated him saying. 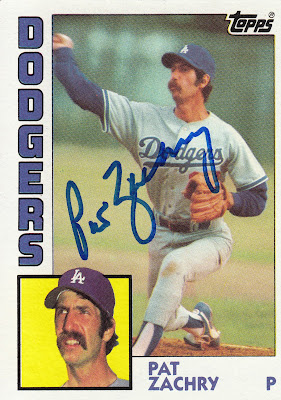 One of my favorite Mets, simply because of his name, Butch Huskey. 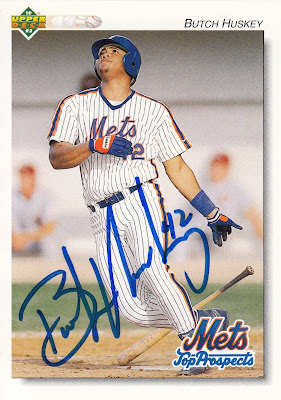 My next card that I got signed, I believe, is my first autographed oddball card. I'm not even sure how I ever obtained this card, but I'm happy I had it, as it was the only card I had of him.
Here is Ron Swoboda animated, making his infamous catch in the 1969 World Series. 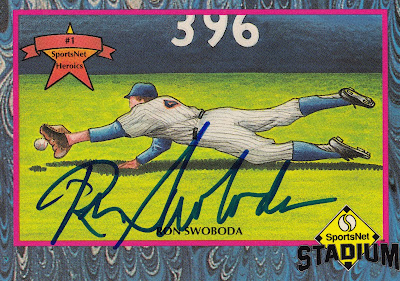 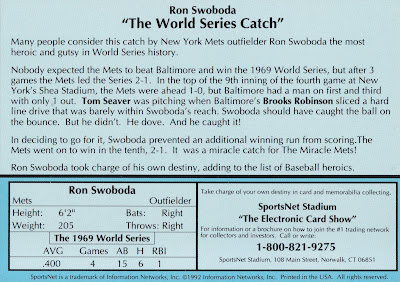 Breaking up the autograph collecting, I was able to get a picture with comedian/actor Jim Breuer, who was participating in the camp as a player. 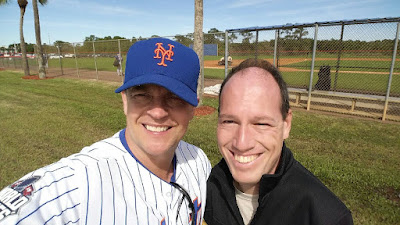 After discovering that the original picture that my brother took of Jim and me was too dark, I approached him a second time. Jim was cool about it, grabbed the phone from my brother and insisted on a selfie.
My nephew wanted in on the action, so Jim took one with him as well, which my brother promptly photobombed. 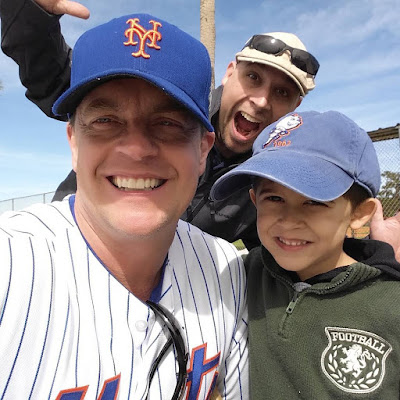 Jim spent several minutes with us. Turns out that he's from the same part of Florida that my brother and I grew up in. I told him that I'd like to print out the picture that we took and have him sign it the next time he's in the Tampa Bay area doing comedy. Off the top of his head, he knew the exact date and venue, and then offered us free tickets. He asked for our contact info, so hopefully he'll come through for us.

Back to the autographs, it was a big thrill for me to get a Met who played on the inaugural team in 1962. Unfortunately, I didn't have an original card, but I'm pleased with the archive card of Joe Pignatano. 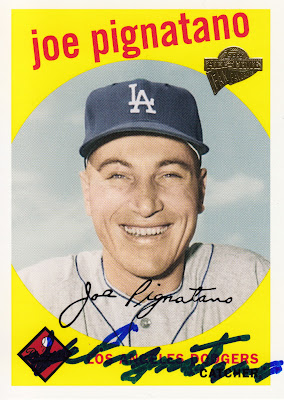 A player that I constantly rooted for during his MLB record 27 consecutive game losing streak, was Anthony Young. It was a miserable time to be a Mets fan, but you couldn't help but feel bad for him. 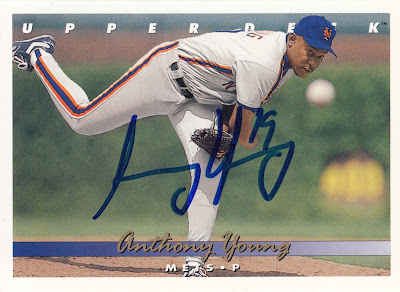 It was cool to finally meet Turk Wendell, a player probably more known for his superstitions than his playing abilities. 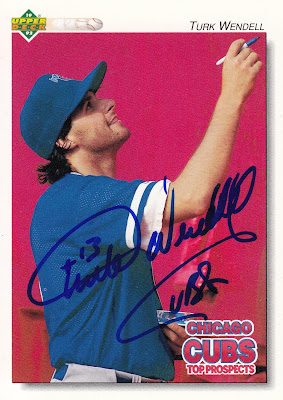 Here's the only card that I own of John Stearns. Brian of Highly Subjective and Completely Arbitrary sent me a package full of Mets cards several months ago and this card was included. Glad I was able to get it signed today. Thanks, Brian! 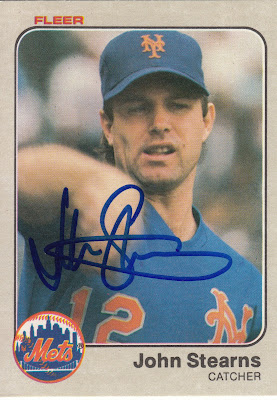 Here's a Met that I watched in the Minor Leagues, but never had a card of him to get signed, Edgardo Alfonzo. 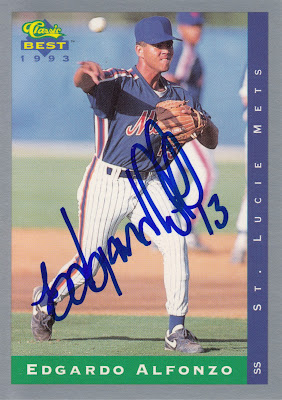 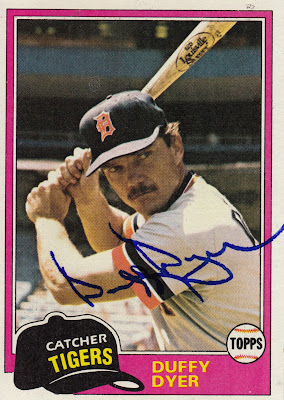 The tallest baseball player that I've ever gotten an autograph from, 6'10" Eric Hillman. 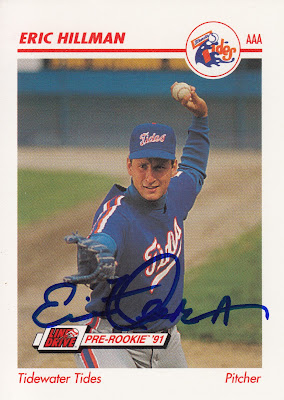 It wasn't just retired players at the complex. Immediately after meeting Eric Hillman, I spotted Zack Wheeler the stadium. Literally, minutes before I left this morning for Port Saint Lucie, I decided to bring some cards of current Mets, just in case they were there early spring training. It certainly paid off. 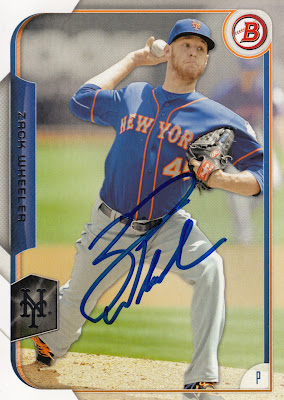 Happy to add a 1986 World Series champion to my collection, Tim Teufel. 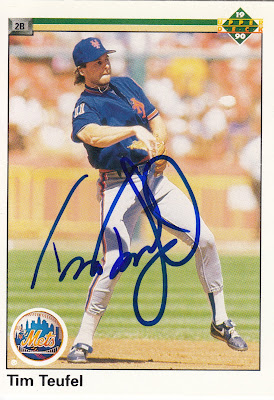 And with that, that ended my day at the Mets fantasy camp. I ended up getting all the cards signed that I brought of the fantasy camp coaches.
As we're leaving, we decide to drive through the parking lot to the opposite side of the stadium. There, sitting in his car with his door and trunk opened, is Lucas Duda. 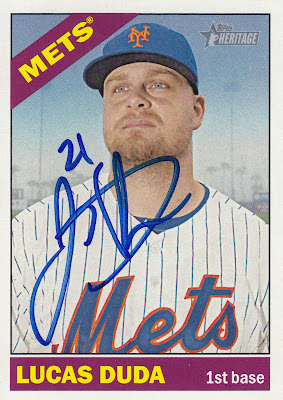 What a great way to end this day with the Mets.

He wasn't even the last autograph I got that day. We decided to head over to Palm Beach, Florida, where the St. Louis Cardinals were also having a camp.
Upon entering Roger Dean Stadium, we spotted Hall of Famer, Whitey Herzog, sitting in a golf cart on the first base side. Such a great signature and the added inscription, which I didn't even ask for.

This was definitely one of my better autograph collecting days. It'll be hard to top the memories I came away with from today.
Posted by Dan at 4:33 AM