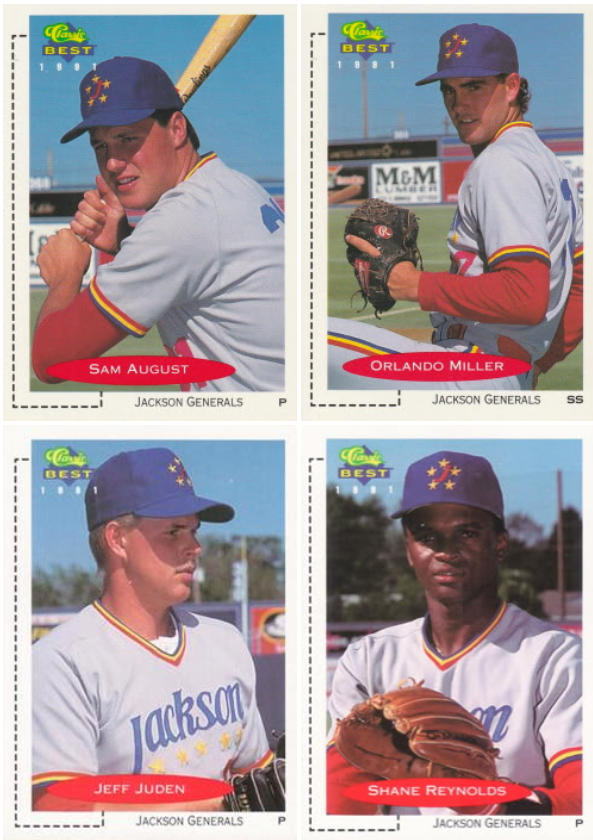 I talked to a baseball card photographer recently and asked him how this could've happened. I thought that maybe the photographer mislabeled the images before handing them in. He agreed, but also added, "usually it's a roster # screw up, the players switched jerseys, the photographer screwed up, or the company did." He also pointed out something that I wouldn't have known, commenting on Jeff Juden's pose with the bat, "well, Jeff with a bat tells me the photographer had no clue."

Jeff Juden is a pitcher posing with a bat. I learned that card companies typically frown on those types of images unless it's a veteran. Somehow, Jeff got one over on this particular photographer. He actually got away with it on another card that same year on a 1991 Line Drive AA card. Perhaps it was the same photographer. 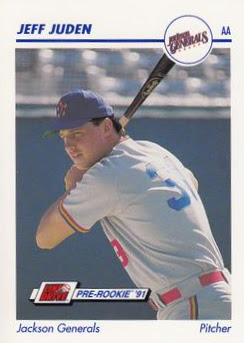 None of these error cards were ever corrected. Can you imagine how many times these players must've said "that's not me" when an unknowing fan approached them for an autograph?
Posted by Dan at 5:11 PM